After completing six years of study in oenology and viticulture in Orange (close to Chateauneuf-du-Pape) and with his diploma in his pocket, Julien Dugas’ was ready to begin his career as a winemaker, with his eye firmly set on the south of France.

This career has involved making wine in many of the key villages and Crus of the Southern Rhône, including Rasteau, Gigondas, Séguret, Ventoux, Costière de Nimes, Vacqueyras and Châteauneuf-du-Pape (at Domaine le Vieux Télégraphe), as well as further afield in South Africa. 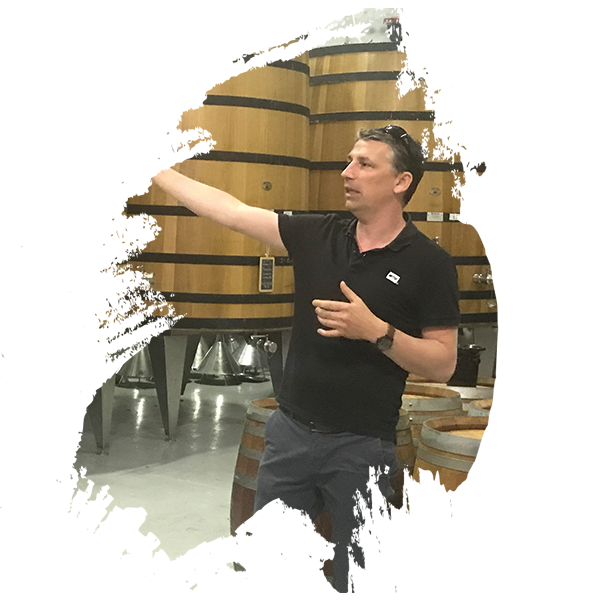 In Julien’s words, “I am a man of the ground”; always close to the source of his wines and with a strong belief that this is key to making quality wine. While he is the full-time winemaker at Domaine Boutinot he is also responsible for over-seeing all our Rhône produced wines.

Vines and wines share my life; I’m always ready to experiment and always looking for perfection.

In his spare time Julien enjoys winter sports and riding his motorbike down small, winding roads.

Each vintage, from our base in Cairanne, we are able to select exceptional Grenache and Syrah from t...

From Cairanne, the Southern Rhone’s newest Cru, Les Six is all about elegance and the expression o...

Seductive, with typical finesse and showing all the purity of Grenache from the Rhône, the lasting ...