Samantha discovered a love for wine after spending time in France as part of her BA University curriculum which included  a work placement in Beaune. From then on, wine became a big part of her life.

After graduating she gained a position in the marketing department of the prestigious, UK-based The Wine Society, before joining Boutinot in 1990 and moving to France learn the trade.

The learning curve wasn’t a curve it was a vertical climb, but so exhilarating; tasting, playing, blending, learning! Start with good ingredients and the result can be ‘formidable’ 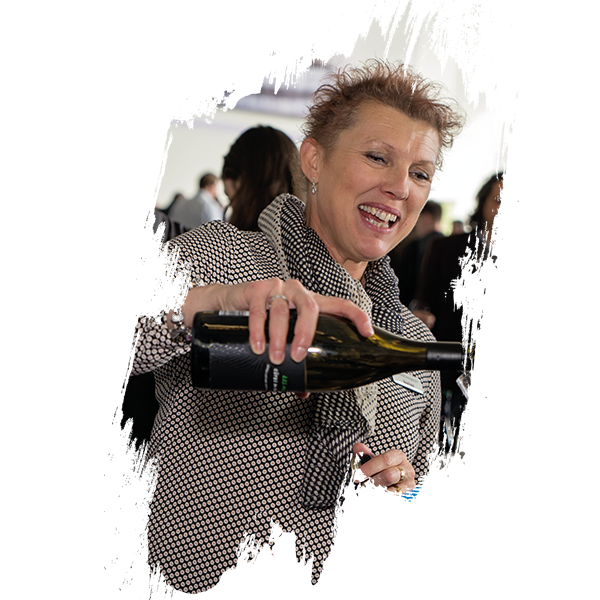 At first, she focused entirely on French wine, but she was soon looking at South Africa, then Australia, Chile, Argentina, California, New Zealand…and more as the company grows. Though she enjoys exploring new regions and wines, she admits to having a soft spot for South Africa, “especially Chenin and Sauvignon”.

After almost 30 years with the company, some people have been known to refer to Samantha as a “Boutinot dinosaur”, but she bears up to it and we wouldn’t have it any other way. She is based in France with her husband and two daughters:

I’m now more than half-French, if one considers the length of time I’ve been living in the country, I’ve managed to integrate into the village community and am almost one of the locals now – but I still don’t master the French accent!!

Thick-skinned and wild, Gros Manseng is relatively unknown. For years, it was held in lower regard t...

GENETIE – a word engraved into the ancient stone pillar of our estate in Saint-Vérand and etched...

A little gem worth discovering. "I drink it at home" (Samantha Bailey) - the best recommendation we ...